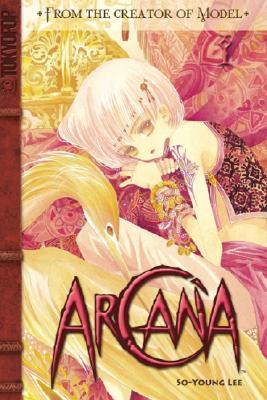 The young orphan girl Inez has a special gift that allows her to communicate with all creatures. A great, unknown destiny awaits her--Inez is the chosen one! She travels to the country's capital, where Inez learns of her mission: She must bring back the guardian dragon that will protect her country's fragile peace from the demon-race, lurking within the shadows.From the creator of TOKYOPOP's Model, comes an epic fantasy quest filled with wizards, dragons, deception and adventure beyond your wildest imagination.

The first thing I noticed about this series was the somewhat old school illustrations, where the men seem prettier than the women. Although I wasn't a fan of the graphics right off, I felt myself getting used to is as I read on. I can't seem to resist a high fantasy when it comes to manga. I love the aspect of Inez being able to communicate with animals, especially her loving dog who is more than what he seems.

The sense of adventure excites me for future volumes of this book. I know that Inez has quite some growing to do as a character. She's still a bit naive and although she is perceptive, she says whatever comes to her without heed of who she is talking to. We'll see how she turns out as the manga series progresses.

Final Verdict: An interesting start to a new series that has a lot of promise. I'm a little iffy on the graphics, but already am getting used to .