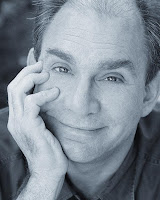 The Book Monsters is proud to be a part of the Templeton Twins Have an Idea blog tour, in which the author shares with us how he created his villains.
Creating Villains

We’re talking about two kinds of villains, aren’t we? Because the villainy necessary for a comic novel is different from that necessary for an adventure or drama.

In non-comic literature, villains can—and should—be as bad as one can make them, and by “bad” I mean “lethal.” Sauron, Voldemort, Darth Vader—these are the embodiments of absolute evil, and will literally kill your protagonist if at all possible. It’s not only their role, it’s their life’s work. (Which is why Return of the Jedi’s attempt to redeem Luke’s father was such an insult and so ill-conceived. Why? Because he had destroyed billions of lives by blowing up a planet, that’s why. Or am I the only one who finds this to be an objectionable mode of behavior?)

In a comic universe—and especially in a children’s comic universe—you can have villainy. In fact, you have to–every story, novel, movie, etc. needs an antagonist. But these villains cannot be completely competent. They must be seen to be imperfectly evil. Not only must the protagonist not be allowed to die (as, indeed, they don’t die in children’s adventure stories like Lord of the Rings, the Harry Potter books, or Star Wars), but the atmosphere must be such that we know the hero is going to be fine. Only then can we feel relaxed enough to laugh.

COMEDY is when the hero wins and his friends are okay.

ADVENTURE is when the hero wins but one of his friends dies.

TRAGEDY is when the hero dies.

These are the rules of fictional genres. “Real life” may consist of

a blend of the comical and the tragical, and adults may be able to make the shift from hilarity to horror as seen in such movies as Bonnie and Clyde or Pulp Fiction. But kids can’t. To be a child (even a smart child) is, by definition, to still be learning the rules. You cannot expect a child (by which I probably mean a reader up to the age of around 15) to be available to laugh if he or she doesn’t feel safely grounded within the rules of comedy.

So the villains in The Templeton Twins Have an Idea are capable of being threatening, but are also—noticeably, from the start–buffoons. It would be interesting to stop reading once John and Abigail are imprisoned in the Deans’ basement, and ask the young listener what he/she thinks will happen next. I doubt that any one would say, “They’re going to die.” They sense, even if they don’t know it, that that would violate the rules. 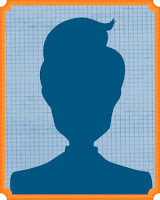 Other Stops on the Tour: