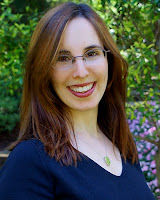 Writing a series can be a blast. I’ve done it before, for my adult urban fantasy/paranormal romance tales about the demon Jezebel in the Hell on Earth books and again with my coauthor Caitlin Kittredge for the superheroes and supervillians in The Icarus Project.

But things were different for the Riders of the Apocalypse stories. For one thing, when I wrote Hunger, I hadn’t been thinking of it as a series; usually, seeds are planted in the beginning, starting with the first book, and slowly sprout over the duration of the series to finally bear fruit in the last book. (Can I stretch a metaphor or what?) For another, when I wrote Rage, I wanted it to be just as much of a standalone novel as Hunger was, and ditto for LOSS.

So I had the challenge of having a completely new story with a completely new protagonist, but setting it in the mythology I had already begun in the first book. I had to expand that mythology while still focusing on telling a complete story. And I had to let previous characters make an appearance—some more so than others—but do it in a way that new readers wouldn’t be scratching their heads.

Who doesn’t love a challenge?

So in LOSS, readers will meet Billy Ballard, the fifteen-year-old protagonist, and all the people who go with him: his mother and grandfather, his best friend, and the group of kids who make his life a living hell. They’ll also see returning characters, specifically Death, Famine, War and Pestilence. And they’ll get to learn a lot more about the Riders of the Apocalypse mythology, even while Billy is learning how to cope with being bullied and with taking care of his Alzheimer’s-stricken grandfather.

I hope readers will enjoy seeing previous characters in a new light. 🙂