Today I have the lovely author Stephanie Dray here with me to answer some questions. I absolutely loved her debut novel, Lily of the Nile, which I reviewed last week. Check out my review of Lily of the Nile.

How did the idea for Lily of the Nile come to you?
Cleopatra and other infamous women in history have always been fascinating to me. When I discovered that Cleopatra had a daughter, one who became a queen in her own right, I was fascinated by how that could have come about. Some stories are so unlikely that the only reasonable explanation is magic, so I ended up envisioning Selene’s religion as an inspiration for her extraordinary life, and the rest, they say, is history…

What drew you to that time of period in history?

But for some bad weather and a very effective propaganda campaign against Cleopatra, she may well have ruled the Western world, and if that had happened, our own world might be a very different place today. The time in which her daughter Selene grew up was a time of great historical change; a time of transition. It’s that kind of conflict that always draws me in like a moth to a flame…

What kind of research did you do for Lily of the Nile?
I spent some time in the library, I read every book I could get my hands on, and I consulted with authorities in the field. I’ve reconstructed Roman feasts; I’ve even tried on a stola and palla to get an idea of what it was like to wear the clothes of the era. The only thing I didn’t do was travel to modern day Algeria and Morocco which is where Selene’s kingdom of Mauretania was located.

What are some of your hobbies besides writing?
I’m a cat enthusiast. I own three…or am owned by them, I’m sure they would say. I spend time teaching my cat Butterscotch to do tricks, including shaking paws and giving a high-five. I used to enjoy online role-playing games, but I’ll admit that my writing doesn’t leave much time for hobbies these days.

How does it feel to have your debut novel finally published and in the hands of readers?
As a writer, I’m supposed to have words to describe every mood and feeling, but having my debut novel in the hands of readers is indescribable. My reviews have been fantastic and I’ve been so touched by them. There’s no feeling in the world like finding your readers and knowing that they loved the glimpse of a foreign world that you’ve given them…

One last question. What stories can we look forward to from you in the future?
By the end of the year, the sequel, SONG OF THE NILE will hit bookshelves. It will trace the life of Selene as she carves out a new kingdom for herself in North Africa and tries to honor her mother’s legacy.

Thank you so much for having me here. It’s been an honor! 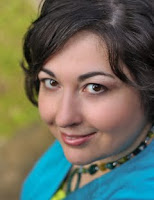 Stephanie Dray is the author of a forthcoming trilogy of historical fiction novels set in the Augustan Age, starting with Lily of the Nile: A Novel of Cleopatra's Daughter. Before she wrote novels, Stephanie was a lawyer, a game designer, and a teacher. Now she uses the transformative power of magic realism to illuminate the stories of women in history and inspire the young women of today. She remains fascinated by all things Roman or Egyptian and has–to the consternation of her devoted husband–collected a house full of cats and ancient artifacts. 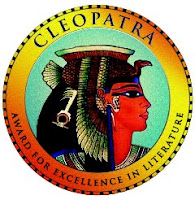 She is currently sponsoring the Cleopatra Literary Contest for Young Women, the deadline for which is March 1, 2011, but join her newsletter now for updates and a chance to win a free copy of Lily of the Nile and additional prizes.

Huge thanks to Stephanie for answering my questions. Make sure to check out all the links so you can connect with Stephanie and maybe win some great prizes!