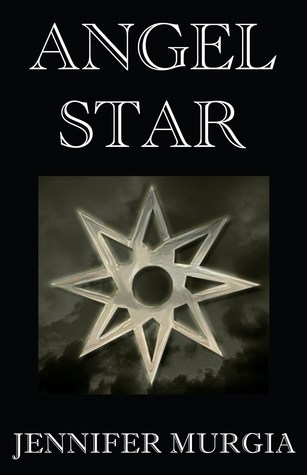 Seventeen-year-old Teagan McNeel falls for captivating Garreth Adams and soon discovers that her crush has an eight-point star etched into the palm of his right hand; the mark of an angel. But where there is light, dark follows, and she and Garreth suddenly find themselves vulnerable to a dark angel's malicious plan that could threaten not only her life, but the lives of everyone she knows. Divinely woven together, Angel Star takes readers on a reflective journey when one angel's sacrifice collides with another angel's vicious ambition in a way that is sure to have readers searching for their own willpower.

Who doesn’t want another Angel book after reading Hush, Hush? I think there will be a few more angel books coming out and I’ll be making sure to read every one of them.

Teagan has always been watched over by a guardian angel, but she doesn’t realize it fully until he appears to her. He’s gorgeous and she feels this instant connection – like he’s always been there for her – which he has. She takes the news well that a dark angel is after her and that Garreth has come to warn her.

There’s a twist at the end, which I would have liked a bit earlier. When she meets the dark angel she is also drawn to him and she has to decide between light and dark. I felt this part was thrown in at the last minute – it seems so abrupt and out of sync with the plot when it could have been a large part of it, had it been fleshed out a bit more.

Teagan isn’t my favorite female lead. I felt like she took to things too easily, accepted what was going on too quickly. She seemed to turn from naive to something else – someone drawn to the dark side as well – too fast. I think the action started rather fast and we did not get to know our main character well enough.

Garreth – mmm dreamy. I think the biggest flaw in his character was that in choosing to help Teagan – he weakened himself. He seemed to love Teagan from afar long before he revealed himself, otherwise he would have never done so before. I liked Garreth – but he seemed more human than Teagan at times – more emotional.

And our bad guy – the dark angel fights dirty, changing her friends as he tries to get to Teagan herself. I like the bad guys being BAD, not just sorta bad. It was refreshing to see something so evil.

In Angel Star, I didn’t feel a strong connection to any of the characters, but I think the story followed the basic good versus evil plot line that it was easy to relate to many of the books I’ve read.