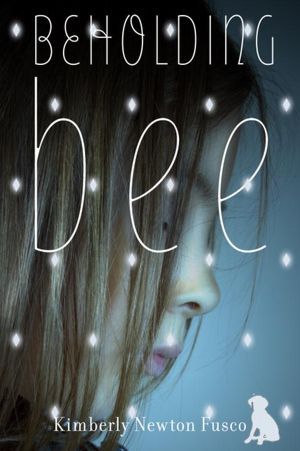 Bee is an orphan who lives with a carnival and sleeps in the back of a tractor trailer. Every day she endures taunts for the birthmark on her face—though her beloved Pauline, the only person who has ever cared for her, tells her it is a precious diamond. When Pauline is sent to work for another carnival, Bee is lost.

Then a scruffy dog shows up, as unwanted as she, and Bee realizes that she must find a home for them both. She runs off to a house with gingerbread trim that reminds her of frosting. There two mysterious women, Mrs. Swift and Mrs. Potter, take her in. They clothe her, though their clothes are strangely out of date. They feed her, though there is nothing in their house to eat. They help her go to school, though they won't enter the building themselves. And, strangely, only Bee seems able to see them.

Whoever these women are, they matter. They matter to Bee. And they are helping Bee realize that she, too, matters to the world--if only she will let herself be a part of it.

This tender novel beautifully captures the pain of isolation, the healing power of community, and the strength of the human spirit.

Beholding Bee is a novel written from the point of a girl who is an orphan, with a birthmark the shape of diamond over her eye and cheek and lives at a roving carnival in the 1940s. Pauline is the only one who cares for her, and runs the hot dog stand. She keeps the creepy carnival owner from putting her in the peeking box and from kids taunting her. The only problem is Pauline starts to like a guy and ends up leaving Bee to start another carnival.

Beyond all of this is the lady in the orange floppy hat, who Bee realizes only she sees and on days when she is not having a good time. After Pauline leaves, Bee clings to Bobby, the pig man who teaches her to run so that no boys or girls can catch her to pick on her. When Bobby too decides to leave, Bee thinks it is time for her as well. Heading off with the scruffy dog she found and hid for months, she finds herself looking for the perfect house. And she finds it, with the lady in the orange floppy hat as well as another woman inside.

What Bee realizes though is that no one can see them still, even though she can and her dog can. Her aunts, Mrs. Swift and Mrs. Potter decide Bee must go to school, which she dreads, but follows the advice of her aunts. Being put in a special education classroom with other disabled students, Bee knows that she is not in the right class, as there is nothing wrong with her, but her stubbornness gets in the way of expressing her intelligence. There she makes her first real friends and finds that she is not the only one with pain in her life.

Beholding Bee is one of those books that transports you into the "what ifs" of life, love and happiness. To rise above her differences, Bee must first find strength within herself. I love that she translates this into being able to run and clings to that as well as her "aunts" who no one else can see. The setting is perfect for such a story as it shows the adversity that a physical blemish or disability meant during that time period.

Final Verdict: Beholding Bee is a beautifully told novel about a girl who just wants a home and someone to love her, but is much more than that.