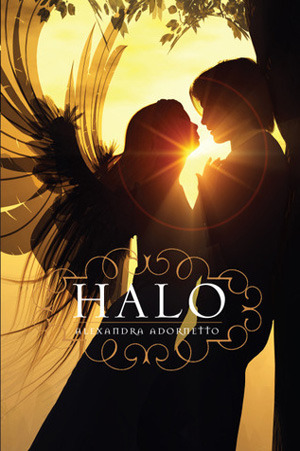 Nothing much happens in the sleepy town of Venus Cove. But everything changes when three angels are sent from heaven to protect the town against the gathering forces of darkness: Gabriel, the warrior; Ivy, the healer; and Bethany, a teenage girl who is the least experienced of the trio. They work hard to conceal their true identity and, most of all, their wings. But the mission is threatened when the youngest angel, Bethany, is sent to high school and falls in love with the handsome school captain, Xavier Woods. Will she defy the laws of Heaven by loving him? Things come to a head when the angels realize they are not the only supernatural power in Venus Cove. There′s a new kid in town and he′s charming, seductive and deadly. Worst of all, he′s after Beth.

This book focuses on Bethany, the youngest angel sent down to Venus Cove to protect it against forces of darkness. Although she is an angel, Bethany starts to emphasize with humans so much, she start to act more and more like a human teenager – going as far as falling for a human boy. She focuses on their relationship until a new boy comes to her school – one that interests and disconcerts her. Only then is she reminded of why they were sent there in the first place.

I have to say that it was really hard to see Bethany as an angel. She becomes very much an emotional teenager and starts to put her feelings before their mission. I also felt like she got off too easy at times.

Xavier is a great guy and I can see why Bethany fell for him – he practically exudes "goodness". He can be pretty swoon-worthy as well.

Final Verdict: Definitely screams teenage love, so anyone whose dated as a teen can definitely relate to their relationship. The religious aspect is really intriguing as well and could border the novel on religious fiction.