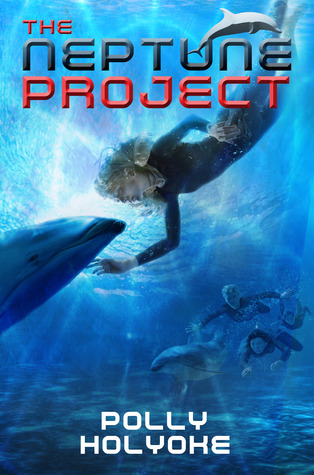 With her weak eyes and useless lungs that often leave her gasping for air, Nere feels more at home swimming with the dolphins her mother studies than she does hanging out with her classmates. Nere has never understood why she is so much more comfortable and confident in the water than on land until the day she learns the shocking truth—she is one of a group of kids who have been genetically altered to survive in the ocean. These products of the "Neptune Project" are supposed to build a better future under the waves, safe from the terrible famines and wars and that rock the surface world.

But there are some big challenges ahead of her: no one ever asked Nere if she wanted to be part of a science experiment; the other Neptune kids aren't exactly the friendliest bunch, and in order to reach the safe haven of the new Neptune colony, Nere and her fellow mutates must swim across hundreds of miles of dangerous ocean, relying on their wits, their loyal dolphins and one another to evade terrifying undersea creatures and a government that will stop at nothing to capture the Neptune kids ... dead or alive.

Fierce battle and daring escapes abound as Nere and her friend race to safety in this action-packed marine adventure.

The Neptune Project is a novel I have been looking forward to reading since I heard about it. Life as a teenager sucks enough without finding out your parents experimented on you, turning you into a human who can breath and live underwater, but also living in a dystopian society that now is after you for such skills. Nere has grown up with the dolphins, being able to communicate with them through psychic abilities. When Nere learns that she was genetically altered to live in the sea, she realizes all of her uncomfortable problems with being on land were not her own intuition. She has little time to be made at her mother for lying about her dad's death, but must make her way with the other kids from the Neptune Project to a new home under the sea. There, her father will be waiting for her.

Heading off with her ex-best friend and her friend's little brother, they find themselves with a group of other Neptune kids some of which are not so friendly or helpful. Together, they must survive being chased by the coast guard, eaten by sharks and other problems arise as well. Nere is an interesting character, her anger towards being turned into what she is seems to fissle as she realizes her new purpose for living and helping the others survive. I love the interactions with the dolphins as well as the new characters they meet along the way.

The Neptune Project really pulled me into it's deep sea adventures, giving a new setting to explore and some terrifying moments that had me reading quickly through the book. Also, there is some budding romance in this novel, between Nere and one of the most unfriendly boys in the group, Dai. He also has a strong connection to a large dolphin and there's something off about him throughout the whole book. I probably had the most problem with their budding relationship, which felt more like a YA novel at times because of the distraction. Even still, I found his character intriguing if not overly brooding at times, which later is exposed to why he acts as he does.

Final Verdict: The Neptune Project combined many elements that made it an enjoyable and exciting read. I love the mix of the sea adventure with dystopian science fiction setting and it made for an awesome read.