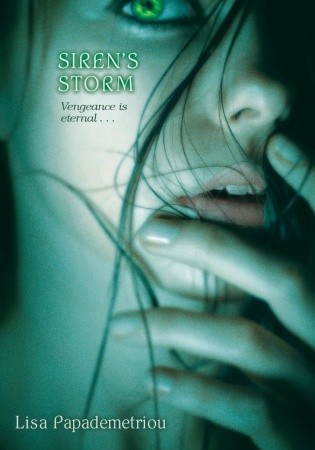 Nothing has been the same for Will ever since what happened last summer. One day, on an ordinary sailing trip with his brother, there is a strange accident. When Will wakes up, he learns his brother has disappeared, presumed drowned. Worst of all, Will can't remember what happened—his family finds him unconscious, with no memory of the accident.

Now Will and his best friend and neighbor, Gretchen, are starting a new summer. Gretchen seems troubled—her sleepwalking habit is getting worse, and she keeps waking up closer and closer to the water. Will is drawn to Asia, the exotic new girl in town. Nobody knows where she's from—all Will knows is that her beauty and her mesmerizing voice have a powerful effect on people.

Then there is another mysterious drowning, and Will and Gretchen begin to wonder: Is Asia just another beautiful, wealthy summer resident? Or is she something entirely more sinister . . . and inhuman?

I have to say that I am loving the shift in novels to focus on other creatures of mythology rather than the obvious choices. As you can probably guess from the title, Siren's Storm is about sirens. Admit it, you are totally shocked by that, right?
Siren's Storm starts off rather slow. Papademetriou takes her time building the atmosphere one detailed scene at a time. While I am normally put off by novels that seem to do nothing but build towards that one specific (and sometimes shocking) moment, I had to make an exception for Siren's Storm. The descriptions of Will and Gretchen's town was pure bliss. I felt like I knew this little beach side town as well as our characters.
I have to give Papademetriou a lot of credit for creating an intriguing premise. But her execution was not as well timed as I would have liked. As I already said, the beginning of Siren's Storm was slow. Papademetriou setting up everything for one heck of an ending. Yet the ending was weird. I am pretty sure there is a better word out there for it, but this was actually the first word out of my mouth after reading the last page.
Despite all this, I really enjoyed Siren's Storm. It had a great mystery combined with mythological creature that I would love to see more of. There seems to be the possibility of a sequel, which (I hope) would tie up some of the remaining loose ends.