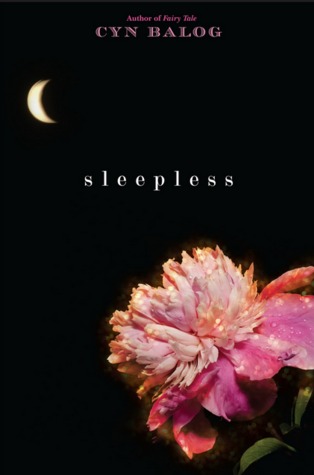 Eron DeMarchelle isn't supposed to feel this connection. He is a Sandman, a supernatural being whose purpose is to seduce his human charges to sleep. Though he can communicate with his charges in their dreams, he isn't encouraged to do so. After all, becoming too involved in one human's life could prevent him from helping others get their needed rest.

But he can't deny that he feels something for Julia, a lonely girl with fiery red hair and sad dreams. Just weeks ago, her boyfriend died in a car accident, and Eron can tell that she feels more alone than ever. Eron was human once too, many years ago, and he remembers how it felt to lose the one he loved. In the past, Eron has broken rules to protect Julia, but now, when she seems to need him more than ever, he can't reach her. Eron's time as a Sandman is coming to a close, and his replacement doesn't seem to care about his charges. Worse, Julia is facing dangers she doesn't recognize, and Eron, as he transitions back to being human, may be the only one who can save her....

Even once they've become human again, Sandmen are forbidden to communicate with their charges. But Eron knows he won't be able to forget Julia. Will he risk everything for a chance to be with the girl he loves?

I think my only complaint is that this book was too short. As I read this book, I just ached to see what would happen once Eron was completely human again and if he and Julia would somehow come together. I won't say what happens but I felt like it ended too quickly. I just need so much more from the book to feel like it was complete. It worked but it didn't focus on the plot I wanted it to.

I'm not sure about the alternating character's this book was written in. While reading this, I really enjoyed Eron's voice but when it was Julia's turn – I felt like I was just waiting for Eron to appear. Personally, I could've just followed Eron around all day.. maybe I'm bias because I'm a girl..

I absolutely loved Eron right off – he had that kindness to him as well as a strong sense of himself. Julia wasn't as strong and I found myself annoyed with her at first and why she chose to become involved with her boyfriend – although it was interesting to see a girl dating someone she wasn't head over heels for – he was more of a stable point in her life than a blooming romance it felt like.

Final Verdict: I definitely can see a lot of girls relating to the relationship aspect of this book – seeing as a lot of girls don't date just because it was love at first sight. Also that line between friendship and more than that is a theme in here that I thought was quite relatable.