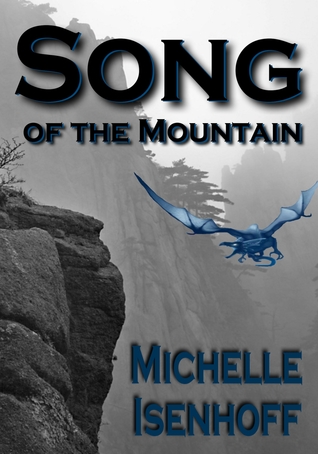 Song of the Mountain by Michelle Isenhoff
Published by Candle Star Press on November 2012
Pages: 160
Buy on Amazon
Goodreads

Orphaned at a young age, thirteen-year-old Wei Song has grown up listening to his grandfather recite legends of the distant past. But it is his own history Song seeks to uncover to guide him toward the future, particularly the events surrounding his parents’ deaths. But that is a secret closely guarded by his grandfather. Then Song discovers an heirloom that links him to an ancient prophecy. His destiny lies within the old tales he has scorned. Song must follow the path that killed his father.

Mud and mire shall birth a tree,
A sprout shall grow of ancient seed.
The five unite to break the one,
The curse of man shall be undone.
But brothers rise ere dragon’s bane.
The last shall smite the first again.

Song of the Mountain is a bit of a hidden gem, a story of a boy named Wei Song who has grown up listening to stories of dragons from his grandfather. Song is a bit of an outcast, constantly picked on by the village boys and has only befriended Karina, a girl who could be beautifully if not for her scarred face. When his grandfather sets out to stop a certain evil from coming about, he finds himself aiding the beautiful daughter of the village leader. She seems set on seeking out danger though, but Song cannot seem to find his ground with her.

I have to say, Song of the Mountain is beautifully written and one of the few indie pubbed books that I have found myself falling in love with. I loved the involvement with dragons and magic and the hidden past of Song that lends itself to the story. I loved that Karina is such a kind and wonderful soul, who helps Song even after he has seemed to fall in love with another based on beauty alone.

The story itself had a depth to it with lots of magic involved and who can resist a book with a dragon? I loved the Asian setting and the variety of characters, each with their own strengths and weaknesses.

Final Verdict: Song of the Mountain is a book for fantasy lovers that want a quick, yet well written novel.