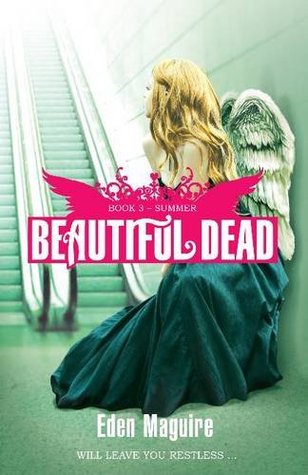 Six months have passed since the last Ellerton teenager died, but Darina is still traumatized by the stabbing of her own beloved Phoenix. But there's work to be done as Darina must now turn her attention to the shooting of Summer Madison - the beautiful and gifted, singer-song-writer with a heart of gold. It's been nearly a year since the random shooting in a shopping mall caused Summer's meaningless death.

Summer left behind recordings of her wonderful songs and a deep sadness amongst high school friends. Now Darina must act as Summerās agent to track down the psychotic killer in a clear search for justice. With the sound of Summer's music constantly playing inside Darina's head, recalling the wonderful months when she was alive and performing her first gigs, Darina, Phoenix and the Beautiful Dead are determined to catch the crazed killer. And all the while Darinaās love for Phoenix continues to beat ...

The third novel in the Beautiful Dead series focuses on Summer. The once beautiful girl who it seemed had everything until she was shot by an unknown assailant. Now it is up to Darina to solve this crime so that Summer will be able to move now. But things will not be so easy for Darina this time around.
Like the previous novels, Summer begins a little on the slow side. Honestly, I think this just maybe Maguire style. And either way, it is what it is. I have gotten use to it by this point in the game, and it really does not bother me. Actually, I kinda like it. The slowness allows me to become reacquainted with Darina's world and the Beautiful Dead.
There is something about this series that keeps me always wanting more. And Summer's story is no exception. It truly amazes me how powerful these novels are. And in Summer, readers really get a sense of what Maguire is capable of. Most of the time, it can really take a lot for me to feel an emotional connection with a novel, but with Summer, my emotions felt like they were on a roller coaster. I had no idea where Maguire was leading me.
All in all, I am saddened that the third novel of the series has now come and gone. It means that we have one novel left. And I am foreseeing that it will be a doozy. Can't wait.