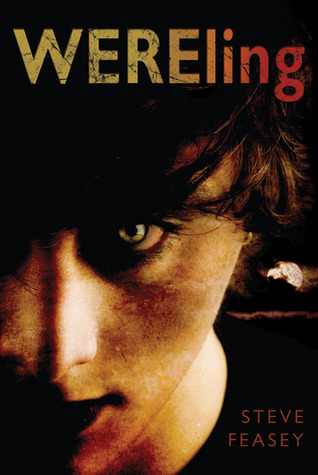 Fourteen-year-old Trey Laporte is not a kid anymore. Not after the day he wakes up in agony—retina-splitting, vomit-inducing agony. His clothes are torn. His room is trashed.

Enter Lucien Charron, the mysterious, long-lost “uncle” with freakish fire-flecked eyes and skin that blisters in the sun. Suddenly, Trey finds himself living in a luxury penthouse at the heart of a strange and sinister empire built on the powers of the Netherworld—vampires, demons, sorcerers, and djinn.

And there is a girl—Alexa Charron—who is half vampire, half human, and insanely pretty, with powers all of her own. Trey is falling for her.

Trey is training night and day to control the newly discovered power lurking inside him. Now, demons are closing in on every side, and the most psychopathic bloodsucker to rock the Netherworld wants to destroy him. Above all, he must face one terrifying question: Is he a boy . . . or is he a beast?

How would you feel if your life was even more messed up than usual? That's how Trey feels when he is pulled out of the group home he was living in and thrown into a world full of vampires, werewolves, and demons. The story is filled with action, learning how to control the wolf inside him, and trying to find a place where he belongs.

Trey seems like your typical troubled guy. He's not a hunk, but he's definitely not dorky and he's so normal – if only he weren't a werewolf. I can see him growing in this book and hope he continues to grow as a character further on in the series.

It's hard to relate to Alexa – the female character. She sort of puts herself out there right away, with her faults and I'm not quite used to that. I can't say I like her yet and she's a bit of headcase throughout this book.

Final Verdict: I think this may be more of a guy paranormal book. It has that feel to it – there's none of the gushy stuff us girls like and it has quite a bit of action packed into it. The series definitely has potential and I can't wait to see what happens next.