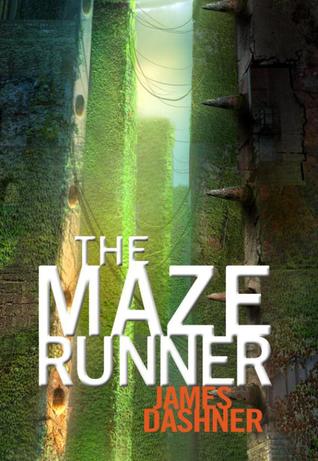 When Thomas wakes up in the lift, the only thing he can remember is his first name. He has no recollection of his parents, his home, or how he got where he is. His memory is black. But he’s not alone. When the lift’s doors open, Thomas finds himself surrounded by kids who welcome him to the Glade, a large expanse enclosed by stone walls.

Just like Thomas, the Gladers don’t know why or how they got to the Glade. All they know is that every morning, for as long as they could remember, the stone doors to the maze that surrounds them have opened. Every night, they’ve closed tight. Every thirty days a new boy is delivered in the lift. And no one wants to be stuck in the maze after dark.

The Gladers were expecting Thomas’s arrival. But the next day, a girl arrives in the lift—the first girl ever to arrive in the Glade. And more surprising yet is the message she delivers. The Gladers have always been convinced that if they can solve the maze that surrounds the Glade, they might be able to find their way home . . . wherever that may be. But it’s looking more and more as if the maze is unsolvable.

And something about the girl’s arrival is starting to make Thomas feel different. Something is telling him that he just might have some answers—if he can only find a way to retrieve the dark secrets locked within his own mind.

Short & Sweet: The Maze Runner is an interesting addition to the growing YA dystopian genre. The novel itself is unique due to it clearly having dystopian elements, but never really revealing the truth behind what is going on. While I admit at times I found this quite fascinating, other times… I was just frustrated. Dashner is a very skillful writer who definitely captured my attention. And I am looking forward to discovering more about this unique world.

Final Verdict: The Maze Runner definitely had some major aces up its sleeve. Did I like all of them? No. But I have to give Dashner credit for his creativity. The only real sore spot about this novel is that I never really felt connected to its characters. Did I like Thomas? Absolutely. Did I like some of the other characters? Yes. But the issue is that there are so many characters that it is hard to keep them straight some times.

All in all, I was very pleased with The Maze Runner. It offers readers something quite different what is out there right now. And with all the twists and turns, readers will definitely be on their toes trying to figure out what will happen next.

One response to “Book View: The Maze Runner”