I’m writing this blog post at Universal Studios in Hollywood. My daughter and I have just exited the line for the Universal House of Horrors. Bailing was a no-brainer. Actors dressed like monsters jumping out at us, trying to scare us? Actual, professional scarers? No brainer: no thanks.

My daughter is intrigued. She doesn’t like to be scared. But I spend all day writing about ghosts—boards that creak beneath unseen feet; white faces with hollow eye sockets staring out of mirrors; statues that move—so why don’t I want to go through the monster maze?

It was a little more difficult for me to decide to leave the line for the Revenge of the Mummy ride. I had already asked a lot of people at the exit just how scary it was. Any real actors? Does anything touch you? Do you feel like something is crawling over you, like in A Bug’s Life in California Adventure at Disney? Are there puffs of air like at the Indiana Jones ride in Disneyland? Just how dark is it in there?

People told the two of us that it was fairly tame, as supersonic roller coasters roaring the dark while being attacked by demonic mummies go. But as the line move inside the tomblike building, we left. Just looked at each other, nodded, and bailed. My daughter thinks it was the subsonics, getting under our skin—a vibrating rumble just beneath our conscious awareness.

“But why did that bother you?” she asked again. “You write about this stuff all day!” 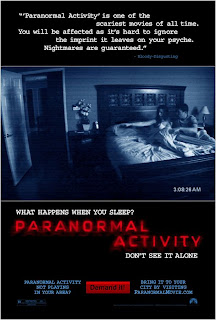 For the same reason I haven’t seen Paranormal Activity—I’m a big, huge chicken. I am so easily scared that it’s pathetic. All I have to is start thinking about something frightening, and I’m frightened. In our hotel room, I had to look under the bed and in the closet. I had to leave a light on somewhere. I’m kind of like the Monk of Horror, if you’ve seen Monk. In other words, I have some anti-fright OCD going on where I check and recheck for things that never, ever should be there. Once I’m sure all is well, I still imagine all kinds of freaky scenarios, such as What if there’s a ghost lurking inside the mattress? What if there’s something in the closet now?

It doesn’t take much to put me in the fear zone, but when I’m writing the Possessions series, I not only march into the zone, but I camp out there, most willingly. I work hard to scare myself so that I can scare my readers, since I, too, am a professional scarer. I watch a horror movie every morning (so the effect can wear off before it gets dark), and I write in a tiny bedroom down a hall that faces some stairs. Everyone knows that creepy stuff crawls down stairs. That’s why I never go upstairs if I can help it. I watch my movies either on my big-screen TV (which has more than enough room for someone to crawl out) or on my laptop, in that tiny bedroom—which gets darker and darker as the day wears on.

Because I write scary stories, people think I like being scared. It’s true I’m drawn to the dark, and I spend a lot of time there. I have two friends who are married. He’s a horror writer. I asked him how they got together, and this is what he told me: They were both working in a drugstore, and there was a power outage. In the pitch black dark, the guy snuck up on the girl and whispered, “Boo.” She jumped a mile. Voila, love. He had scared her.

When I’m writing horror, I love you best when I can scare you. Possessions and The Evil Within explore the (hopefully!) terrifying world of a private boarding school cut off from civilization and decent cell phone coverage high in the mountains of northern California. At Marlwood, furious ghosts walk the halls, enraged over the terrible wrongs done to them over a century ago. They stare out from mirrors and the inky surface of Searle Lake, seeking girls to possess, so they can break free of their graves, and live…and kill. Enter Lindsay Cavanaugh, whose mother has died, her boyfriend has cheated on her, and she has made a horrible fool of herself back home in San Diego. She comes to Marlwood to get a fresh start, not to battle ghosts. In other words, she wants to get a life, not to lose the one she already has.

However, life is what happens when you’re making other plans.

I wrote about the dark halls, the faces in the mirrors, the whispering that rises with the fog out of the lake, and the statues that move just as you blink with every hope of scaring the life out of you. Not literally, of course. Jump on my thrill ride and creep through my maze. I’m a professional scarer, and I’ve got a job to do. 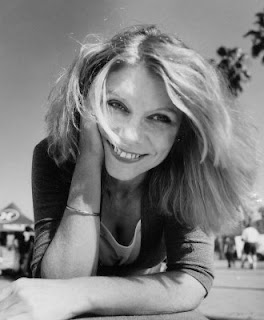 Guest post written by author Nancy Holder. Nancy is the author of such Young Adult novels as Possessions, and the upcoming The Evil Within.

4 responses to “Scary-ness and the Possessions series”