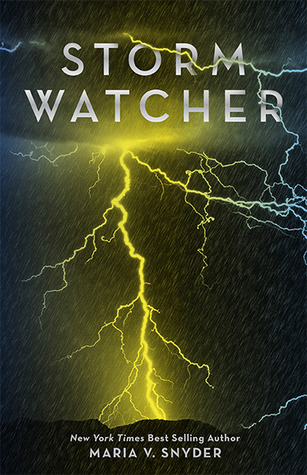 uke Riley is lost. His mother's recent death has set Luke and his family adrift. Even though his father, twin brothers, and their three Bloodhounds are search and rescue volunteers, they have been unable to rescue themselves and become a family again. The summer after sixth grade looms in Luke's mind as a long, lonely three months where the only thing he can look forward to is watching The Weather Channel. Luke is fascinated with the weather, but since his mother's death in a storm, he is also terrified. Even the promised 13th birthday present of a Bloodhound puppy fails to lift Luke's spirits. He would rather have a different breed - a petite Papillon, but his father insists he get a Bloodhound.

When Luke decides to get the Bloodhound from Willajean, a dog breeder who owns Storm Watcher Kennel, he works out a deal to help at her kennel in exchange for the expensive dog. Thrilled to have a summer with a purpose, Luke befriends Willajean's daughter, Megan and together they plan how Luke can get a Papillon puppy instead of a Bloodhound. But nothing seems to work as they struggle with stubborn fathers, summer storms, unhelpful siblings, and hidden guilt. Can one little white dog really save both families?

Maria V. Snyder is one of my favorite and highly recommended authors, so when I heard about Storm Watcher, I was excited to see what her first middle grade fiction would be like. Storm Watcher is about Luke Riley, who feels responsible for his mother’s death, who was killed in a storm while driving to pick him up because of his fear of bad weather. Luke’s father is one of the best search and rescue teams, with their oldest bloodhound dog. When Luke decides he would rather have a different kind of dog, his father is upset. Both of his brothers have bloodhounds as does his father.

Luke lies and says he will take a bloodhound for his birthday and ends up working on a dog kennel to help afford one of the best. Secretly, he still plans on getting a petite Papillion, but cannot seem to approach his father on the topic. Thanks to his time at the kennel, he becomes fast friends with a girl his age – Megan, who has a passion for dogs and hopes to be one of the best search and rescue teams when she grows up.

Luke is full of secrets, as all budding teenagers are, but the worst secret is his guilt that he was the reason his mother died. His father shuts down every time her name is said, or memories are shared. His own brothers are close to each other, but have no time or kind words for Luke. To Luke, this just confirms his fears that his whole family blames him for their mother’s accident.

Storm Watcher is a book about growing up, facing fears and what forgiveness really means. I love the mix of weather within the book, as Maria’s other series deal with manipulation of the elements. Although her books are usually fantasy, I found it refreshing to read a contemporary story about a boy who needs to find and forgive himself. I felt really moved throughout the story and came close to tears several times. Megan is a vibrant character who really helps Luke to step out of his shell and forget his worries. She has her own troubles and concerns, but I love how kick butt she was as a character.

Overall, Storm Watcher was everything I wanted it to be. There was a lot of conflict, great character building and some touching moments that really broke my heart. If you’re a dog lover, you are sure to enjoy this as well.