Welcome to another edition of the Monster Report. The Monster Report explores the book happenings of Jessica and Kristen. Whether it be what we got in our mailboxes, what books we are currently hiding in, or fun stuff to look forward to this week at The Book Monsters, you can find it here. The Monster Report is inspired by Alea‘s This Week in Books, Tynga’s Stacking the Shelves, and Kathryn at the Book Date‘s It’s Monday, What are you Reading? Also, Teach Mentor Texts and Unleashing Readers also host a kidlit version of It’s Monday, What are you Reading?

Seth bought me some manga this weekend 🙂

It was a really small reading week which was mostly in part to Black Friday happening as well as being sick. I did go to the urgent care today though and I got medicine and I should start feeling better in the next few days. I will have another full on week at work but it will hopefully be better than last week since Black Friday has already come and gone.  I buddy read Skyward for Tome Topple with a couple of people I met on twitter and I am actually surprised at how much I enjoyed it since I usually don’t care for sci-fi. I am really interested to see where the next book is going to go and I gave it a 4/5. The Dark Days Pact was a reread for me since the third book The Dark Days Deceit came out this month I really wanted to reread the first two because I thoroughly love these books a whole bunch. It got 5/5. 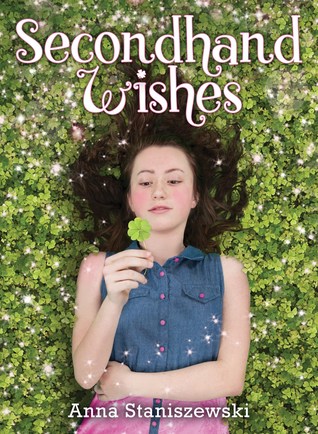 Well, Denis Ever After was the most depressing book… about a dead boy who follows his alive twin who is on the hunt for who killed him after he was kidnapped 5 years ago at a theme park. Mucus Mayhem was a nice hilarious reprieve but who wants snot as a super power? Weird. The Problim Children was a very odd audiobook that went quick but was just a bit too zany for me. Del Toro Moon was a cool western feeling paranormal book about a family of men who protect their area from monsters. Oculum was an interesting dystopian book and surprised me on how much I enjoyed it.

The Assassination of Brangwain Spurge was so weirdly marvelous about an elf and a goblin who are on a mission to be diplomats, but lots of things go wrong of course. There are some interesting illustrations throughout that tie into the story. Rules for Thieves was a fun orphan turned thief story including a bit of magic. The Journal of Angela Ashby was probably my least favorite read – about a magic journal and its powers used and the consequences of it. Giant Days is ALWAYS a pleasure and I was happy to see Extra Credit had some Christmas stories within. The Serpent’s Secret had the most annoying narrator so I struggled a bit through the audio – she made the character seem way overly whiny. The plot was fun and full of action and twists and turns.

This week at The Book Monsters, we…

None. Thanksgiving week was busy but fun! 🙂

That is all for us this week. So until next week, stay scary Monsters.